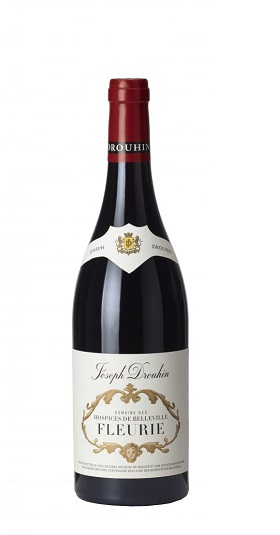 In 2014, Maison Joseph Drouhin signed an exclusive partnership with the Hospices de Belleville, owner of 34 acres in the 3 crus of Fleurie, Brouilly and Morgon. Nowadays the Hospice is a museum, having opened its doors in 1773 as a charitable institution which cared for the sick from among the poorest members of society. Throughout its time as a Hospice, it benefitted from the generosity of benefactors, some of whom donated vineyards, hence the exceptional parcels in Beaujolais

Having a pretty ruby, violet colour, the wine begins by expressing pretty floral notes of violet, rose, iris, with a typical peppery note which then evolves into red fruits. The flesh is smooth and silky with soft Tannins, like a caress, the finale is long fresh and persistant.