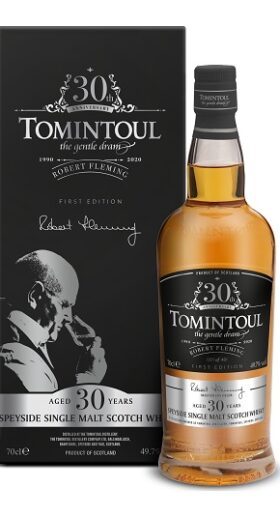 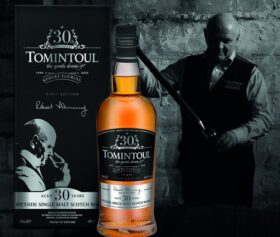 This 30 Year Old Tomintoul Single Malt Scotch Whisky has been specially selected by Master Distiller, Robert Fleming, to commemorate his 30th anniversary as the custodian of Tomintoul Distillery, which began on 30th April 1990.
Matured for twenty years in a Bourbon cask and ten years in an Oloroso Sherry butt, which yielded just 481 bottles, the First Edition is a rare and exceptional release. The second edition of the Robert Fleming anniversary bottlings will be released later in this anniversary year.

There are no reviews yet.